J. D. Bartlett
(talljosh)
Trosnoth is a fast-paced open source team platformer. To win the game you must capture all of the opposing team's territory.
The Trosnoth idea was conceived many years ago by a bunch of Übertweak leaders who were looking for another network game to play on camp that was low-cost, team-based, involved strategy, and was easy to teach. 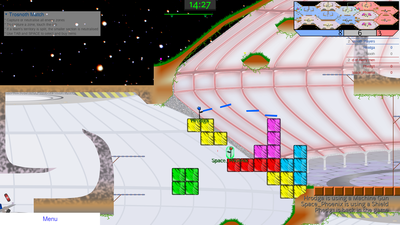