Made a confirmation of purchase screen. Made it possible to buy more than 1 object per purchase. Fixed bug: Healing at the infirmary almost always causes a crash. Fixed bug: Running never works. Even when it gives a success message, you're dumped right back into combat. Fixed bug: Failing when running seems to cause absurd damage (took 50 on one attempt). Note: the more difference in speeds, the higher the damage when failing to run up to 75% of maximum health. Correction: Can buy things at the shop, but evidently they're free and there is no message as to succeeding in the purchase. Could not reproduce: Been using the white feather, at 94 speed for some reason and 73 affinity. At that point, any action causes a crash. Corrected: For some reason, white feathers sometimes leave a human head that won't change. Seems to happen more on females, particularly if they were males who TGed. It was because of some bad gender manipulation regarding the chest area. Corrected: Can't seem to drop items. You needed to have at least clicked on an item and have seen its description in order to be able to drop them later. Corrected this and works as intended. Corrected: When an item is dropped by an NPC after a fight, the item never makes it to your inventory. This was caused because changing items weren't specified in the global items function. Still getting the crash when using plenty of white feathers. Seems to be when affinity's over 70 or so. Correction -> An image of an end of game wasn't shipped in the last install. Sorry. Made a warning screen for overwriting games. 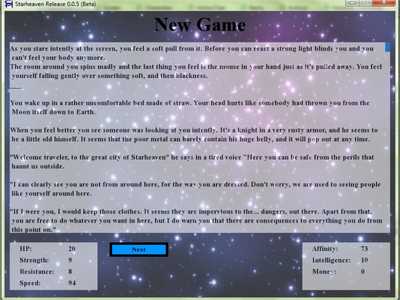 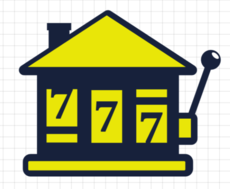 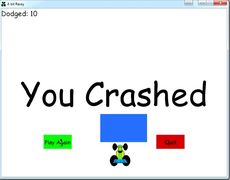 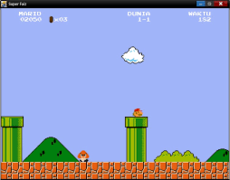