Not many changes. Added a new tile, a 'steel' non-destructible. Made the map smaller, should run nicer of most machines. I'm trying to make it use less processing power. If anyone has ideas, they are very welcome. I'm working on making the AI more intelligent and less ignoramus. 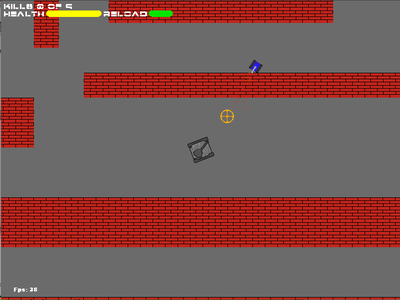