pygsear is a programming framework using Python and Pygame. It includes classes for drawable objects, paths, cursors, widgets and more, and it comes with a large number of examples. There is also (experimental) code using Twisted for networking.

Lee Harr
(lee)
pygsear is a set of python libraries which work with pygame. pygsear takes care of much of the lower level setup of sprites and events and objects so that you can get right to the coding of your game. The screenshot shows the game "lunar" available in the additional pygsear-games package. 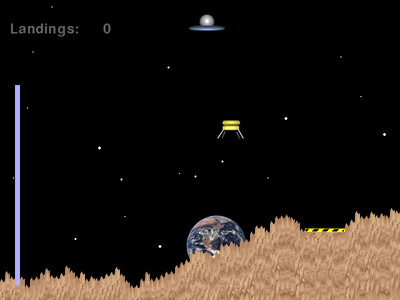