Deeper is a 2D Sandbox video game based underground.

OrionDark7
(OrionDark7)
Deeper is a 2-Dimensional Sandbox video game based in the depths of the earth. You can explore, build, dig, and find lots of cool resources. We currently support platforms running Python & Windows, and Linux. This game was initially released on October 11, 2016.

Deeper 4006 is a major build of Deeper 0.4 Beta, otherwise known as the Deeper 4000 Builds (or at least that's what I call them.) I added these features: +Added crafting recipes in the crafting menu. +Added "Save Game" and "Quit Game" buttons in the in game menu. +Redisgned the Main Menu in a more sleek way. +Added new pickaxes, Iron, Gold, and Lava, with a more chance of getting a bigger bonus. +Added Magma. 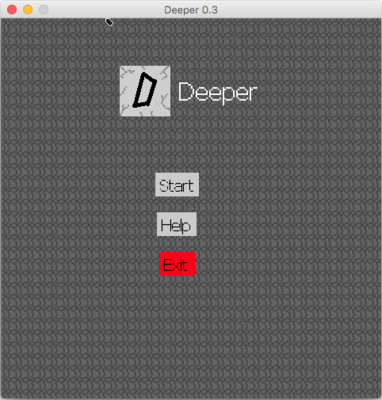