TOL was my earliest attempt to do something really nice. As an early effort I put a lot of passion and polish into it, and I think it showed; but I also did a lot of clumsy things that showed in performance and in the code. A few years later, having learned many useful tricks and lessons, I had wanted to try a remake.

This is the remake. It is a pared down game lacking the "character" of the original, but keeping and improving upon the core gameplay. The primary reasons for this game are:

Well. It was a success. See gsdl2 web site for an installation guide of the SDL2 libraries.

gsdl2 relies heavily on pypy for good reason, but this game runs fine in Python 2.7, which is quite a testament to the effectiveness of SDL2's texture feature. 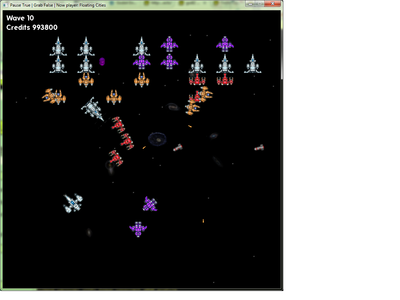