This is a simple artificial intelligence that plays tic tac toe against the user. As long as it goes first it never loses.

benjamin lee
(benjamin)
This is an artificial intelligence algorithm that plays tic tac toe. It is not that complicated but it never loses. The algorithm for the AI is based on the priority of different kinds of moves, 1: if the AI has is 2 in a row, win 2: if the player has 2 in a row block them 3: move in the square that gives the most possible wining combos It can tell whether there can be 3 in a row with a list of wining combinations which is probably not the most efficient method but it allows both the AI and the interface to check the status easily. If the player goes first then it is possible to beat it because of a bug involving the way it determines the move for step 3, I will hopefully fix this later. 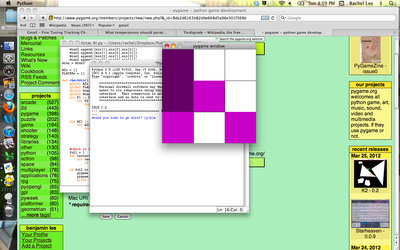