patrick mullen
(saluk)
Eventually I need to incorporate some 3d effects into one of my projects, but the 3d I need is fairly low poly and only used sparingly. It doesn't seem worth the effort to convert the entire huge system to opengl, as I will lose compatibility. So I thought, why not just render 3d in software.

So far this is just an experiment, but it almost has everything I need. I have optimized for speed as much as I think I can. 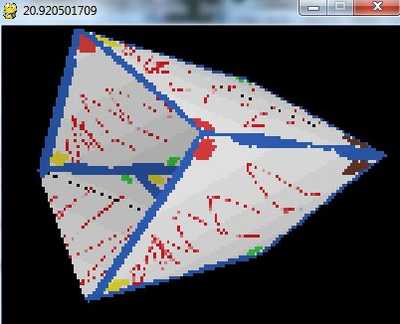