Micro-Crawl now has a (rather small) dungeon for you to explore! The little knight guy can go through doors and climb a ladder between rooms, even though there are only 5 rooms... 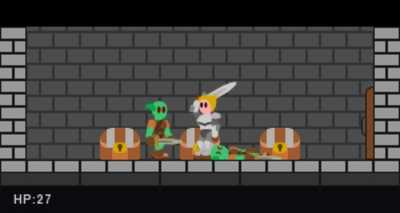