This is a game I am writing about a little ball thing called a Diddle who isn't appreciated by his friends until one day they are all kidnapped and he must save them.

Thomas Downs
(tnelsond)
I've basically had this program lying around for a long while and every so often had opened it up again to tweak it. I am a beginner programmer and am not all that good with game logic. So thence, this program is filled with bugs and inconsistencies.

In this revision I reverted my collisions back to my old ones, but tweaked it so it's not as crazy, then I added some new graphics and made it so the spider Diddle can climb, and so that each Diddle is affected by gravity differently. I also created the ability to "delete" objects. It's not really a delete but a pseudo delete so that it is not rendered or processed. 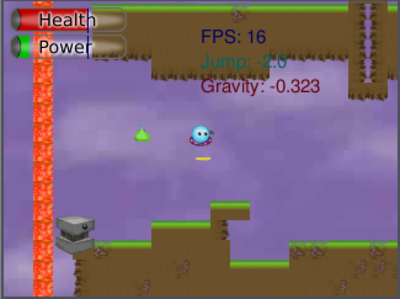