After some month (where my attention has been lead away by other stuff), a very good release is here! This is the most important release ever, because many new (but wanted for a long time) features are now implemented...
...also is the most buggy... I've now many things to fix!

The most important news is the presentation!
The game demo now is a short humor game where the game's characters know that they are only playing a videogame (just for fun... the game will become a little serious in future)!

Next release (0.1.1) will be a bug fix of the current one. There's many little problems in the code that I ignored for a long time.
Also is possible a migration to the 1.8.x version on pygame (the game works now too on this version, but many feature need to be rewritten in a better way).

The super new feature (the presentation module) need also a simplification! Its too difficult now to write a long scene!

Is also possible that other level will be added, but bugfix/code refactoring is my next scope. 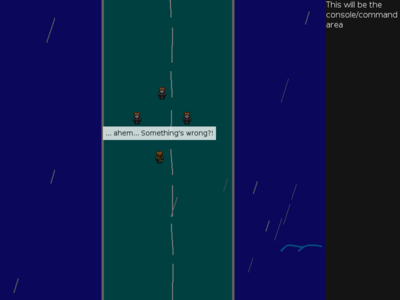