A snake game written to be as small as possible.

ffao
(ffao)
The original NanoSnake file had 1147 B. In the process of shortening it, I've had to make several bytes/usability tradeoffs. Also, I've incorporated suggestions from several people (Vitor Bosshard, Jordan Trudgett, Uli Eggermann, roebros, Jackson Gatenby). The updated code is below, enjoy!

- Removed the p.init() call [as far as I can tell, it is called implicitly by pygame.display.set_mode()]
- Replaced some line breaks with semicolons (only the ones that would actually shorten the program). This was suggested recently by Jordan, who said Jackson Gatenby had given him the idea. I don't know if anybody else suggested it earlier. 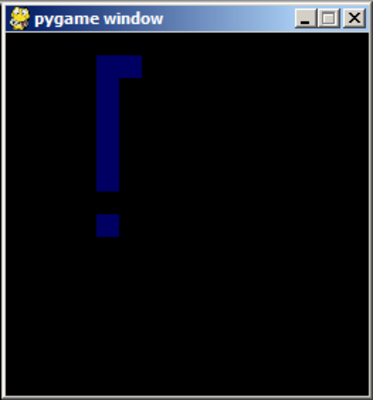