Ildar Ryabkov
(Ildar239)
This is a fan-made open-source remake of Bubble Tanks 2 I'm writing in Python/Pygame. Bubble Tanks 2 is a flash game made by HeroInteractive in 2008.It is an open world top-down fighting game where you control a battle tank made of bubbles (hence the name Bubble Tank) and fight other Bubble Tanks to become stronger by collecting the bubbles they drop when defeated. 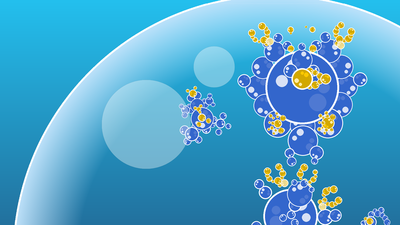