Bub Brothers is a network-based game with up to 10 players. Similar to the classic Bubble Bobble games, players compete to collect the most points. Tons of powerups and bonuses, frantic arcade action.

Armin Rigo
(arigo)
A remake of the classic Bubble Bobble games, where players cooperate to kill monsters by shooting bubbles at them, and then compete to collect the most points. Features 1 to 10 players -- the best fun is with at least 3 players! Over-the-network game and/or up to 3 players on the same computer. Completely original crazy bonuses! Capture other players in a bubble! New levels, including a random level generator! 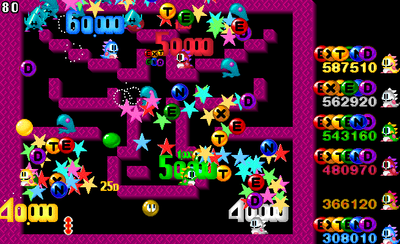