A game of falling blocks

Anonymous
(pywiz32)
Blocker is a game of falling blocks. but instead of falling onto the blocks, the blocks fall on you! If you touch a black block, it's game over. But, there are good things. Tokens are worth 5 points, and power-ups 10, which also give you more speed, athough there is a speed limit of 12. The idea came from a game at albinobalcksheep.com, a game called Fall Down. And if you ask, I invented the code, the entire thing, unlike Astrocrash, where I modified the code. Sorry screen shot is cut off, high framrate to fast for the program i use to take screenshots...

Though, some credit goes to:
Galaxymage, for the idea of putting modules in a folder named src, and then adding that to the modules path.
Packman World 2, for the theme music
Chatsystem, I found your widgets.py very usefull...
Other than that, everything else I made myself. 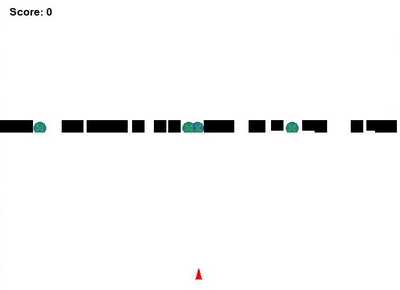