Picross is a logic puzzle in which cells in a grid have to be colored or left blank according to numbers given at the side of the grid to reveal a hidden picture. In this puzzle type, the numbers measure how many unbroken lines of filled-in squares there are in any given row or column. For example, a clue of "4 8 3" would mean there are sets of four, eight, and three filled squares, in that order, with at least one blank square between successive groups.

To add new puzzles just edit the files in /size. 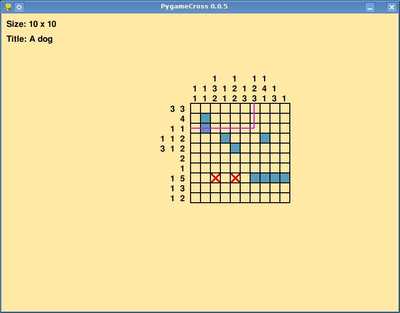