Hector Toledo
(hectots)
I made this game for my two year old niece. It's super simple right now but I'm planing to extend it. The code is inspired by PyMike's libraries and by hectigo's Which Way is Up? game. Right now the game doesn't have music or sounds. I'm working on that too. Also I'm planning to release the SVG files for the graphics. I thinks those squares can be used to do a lot of other games :D The objective of the game is to move the colored block over the square of the same color. There is no way for you to lose so it's pretty simple. 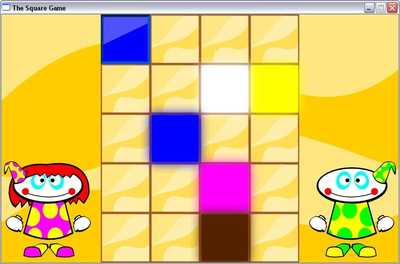