Ardentryst is a free, open-source, cross-platform action/RPG sidescrolling game that is fun for all ages. Follow hero Pyralis, a warrior with fire magic, and heroine Nyx, an ice mage, on a quest through a castle, forests and snowy mountains to reclaim peace in the realm of Ardentryst.

Jordan Trudgett
(tgfcoder)
Ardentryst is an action/arcade role-playing game with focus on a fantasy world by the same name. The player is guided through a storyline which he or her must act in and play a major role in keeping peace and order in Ardentryst. The game features two playable characters and a variety of weapons, items, armour, monsters, and beautiful level scenery and graphics.


This game is programmed by me and myself alone (since 2007), however I have asked a lot of my friends to help with various parts of the game, like art, story and game concepts, and the game would not have as much potential without them. Please see the credits listing in-game. :)

Check out my homepage for more information: http://jordan.trudgett.com/ 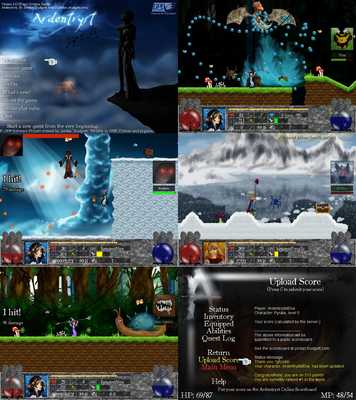