Marco Baxemyr
(phelerox)
An early-stage Open Source Tower Defense Game developed with Python and Pygame. Admittedly it's very unbalanced and rough, but it allows for an impression and I would be grateful for feedback. I am doing this game in a project-course in school, so I will keep working on it at least until Summer 2010.

Major release. Much has happened, including:

*Upgradeable towers (currently the Arrow tower is upgradeable, do that!)

*A first attempt at sound effects (The basic arrow tower emits a sound when shooting, but it's delayed and thus not very neat)

*The image of each individual enemy each level are randomly chosen from a pool of images. The plan is to introduce several categories of enemies, but there's currently only the "Undead" category, and we'll see how it evolves and if it was a good idea or not.


I think that sums it up. Also, it ocassionaly crashes with a Segmentation Fault.. (what are the best practices in debugging them?) 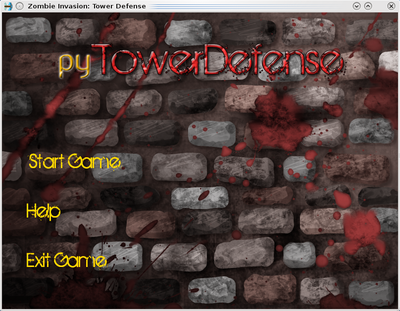