A python remake/clone of the old windows 3.1 game Rats! by Sean O'Connor. (Name is very unimaginative and a bit too close to the original for comfort, so any suggestions on a better and less-likely-to-be-sued name are welcome =P)

The objective of the game (which will come into play in a later release): Kill all the rats, before they mate out of control.

If a fertile male adult touches a fertile female adult (that isn't already expecting), they will mate and the now pregnant female will give birth to more rats. If unchecked, this could lead to a population explosion, and the end of your game. 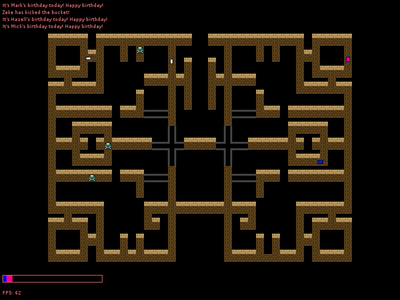