A clone of the QIX (Taito 1981), with variations and multiplayer modes.

David A.
(qenene)
I decided to program something like a game I remember I played at the beginning of the 90's or late 80's in the PC of a neighbor. It had no bitmap graphics, only vectors, monochrome screen. Asking about it in internet, I was told about The QIX, and... That's it or maybe a clone!

This clone has an Arena 2-4 players mode (not online but "on-the-same-keyboard") and a classic Levels 1-2 players mode, with new invented monsters.

When you complete all the stages of a level you receive a code to start from there another day.

The game is fully playable to the end, although the playability has not been tested enough, so the difficulty dregree may not be strictly progressive along the different levels.

Programmed in Windows with Python 2.7 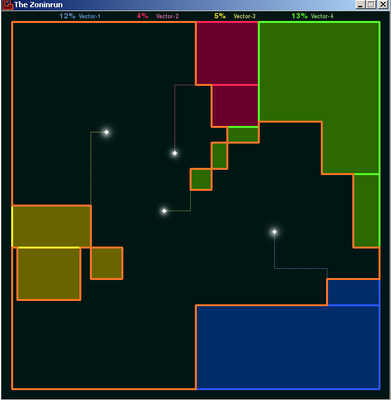