Kacper Zuk
(kaz)
It's my first ever bigger game/program. It sucks, code is unreadable and it's chaos. I've warned u ^^
And watch out, mapedit is even worse!
Please leave comments ^^!

(Oh, because I suck at graphics, every character have same image)

These release includes some minor changes in game (performance-sucking shadow) and very primitive, hard to use map editor.
Map isn't too elaborate, so it's rather demo to show basic game logic. 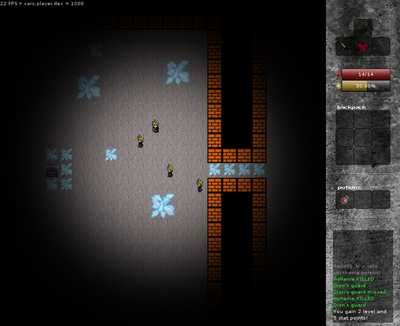