The premise of the competition was thus:

1.Each participant has two hours create a set of 6-8 major sprites (With up to 8 minor sprites)

2.Sprite sets are then shuffled and distributed to the participants randomly

Four people participated, but only two games were completed.

The sprites for this game (Except for the stars, which were made using pygame.draw) were created by Ludum Dare's fydo. 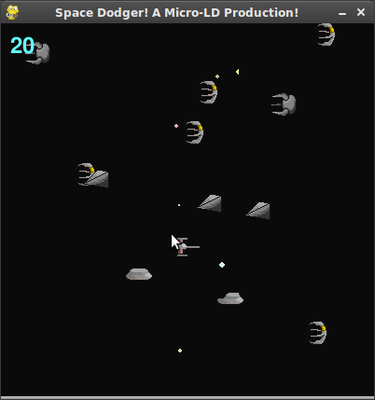