Strong Jesse is a space shooter I made for my son that is inspired by the classic arcade game asteroids.

Strong Jesse is a space shooter I created for my son that is inspired by the classic arcade game asteroids. Receive points for blasting asteroids while dropping off as many astronauts as you can fit in the ship at the spacestation. The more astronauts in the ship, the higher the bonus points. Occasionally a Strong Jesse astronaut will appear and when this power up is collected your ship becomes invincible for a few seconds. It will blink gray and red to alert you of invincibility. Don't forget that you can change the music at any time. See how far you can get! 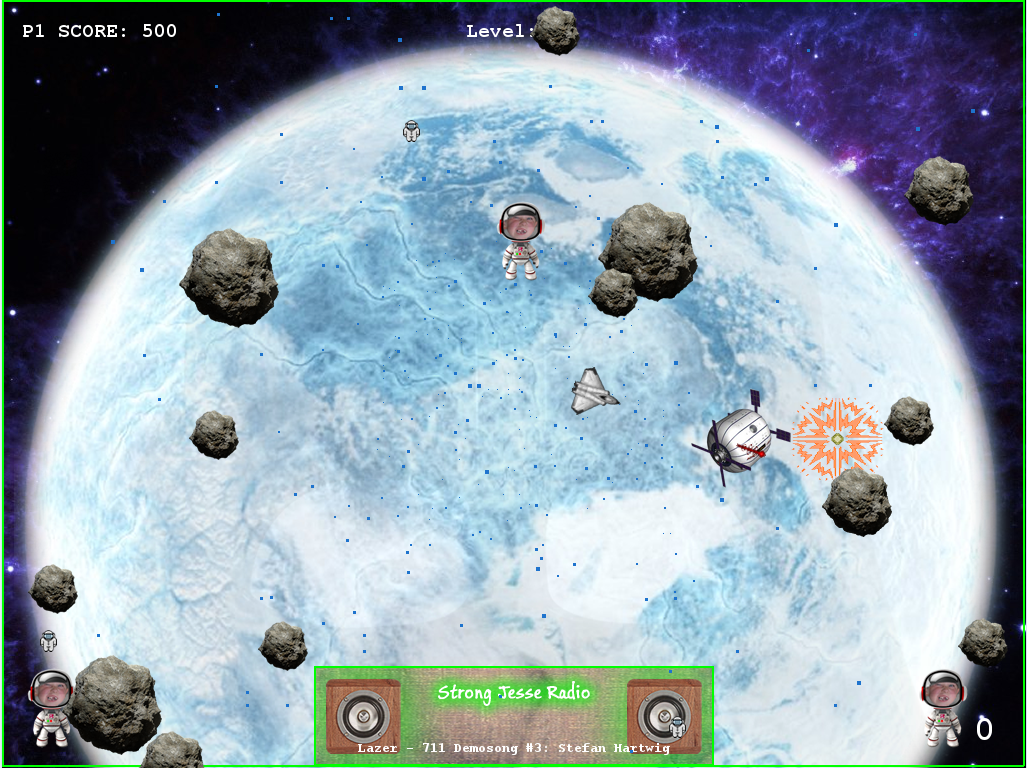 Requires Python3, plays properly on Linux and Windows with no additional dependencies.

A Key = Song Back

Other Keys Used For Debug:

*DISCLAIMER: This is my first "real" game written in python. I know there are many other better ways to write this program. I tried to break the program down into easy to use and understand modules and files for anyone like me who is a newcomer and wants to take the code apart. I will be actively updating this game as it will be installed in a custom arcade machine upon completion.

Please leave me a comment and let me know what you think! 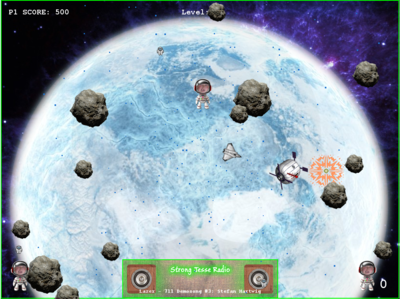