Asteroids-like arcade game, with a twist.

A little like Asteroids, except that asteroids bump against each other. Instead of lives, you have a shield which can withstand a few knocks. Mouse and keyboard controls. There's a version in WebGL too: http://jcupitt.github.io/argh-steroids-webgl

The game uses a map to make collision detection quick. It uses vector maths rather than trig for the display, so it can do a steady 60fps on my modest laptop. There's a particle system for explosions.

Python 2, though that would be easy to fix. No sound. 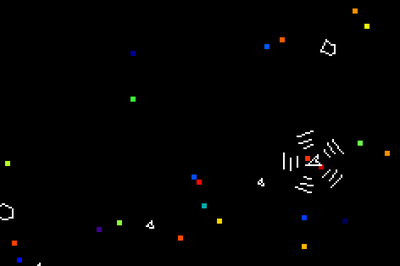