every one know this game, but this one is a 360° version, in which you can play up to 4 players in local network.

I have not found anything playing with more than 2 childrens with serverals computers.
An addictive game, easy, and not too long playing time.
So, i made it: an arkanoid / breakout clone which have the particularity to play at 360°. 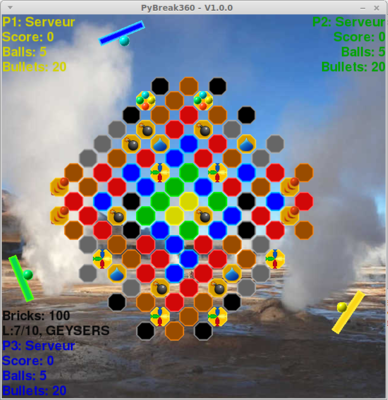