A roguelike inspired by two-stick console first person shooters, this is mostly a tech demo for a 'fake python curses' engine.

Barry
(isharacomix)
To start a game, either pick "roguelike_ascii.py" or "roguelike_pygame.py". The instructions will be displayed to you before you start. The pygame mode runs extremely slowly, since this game was originally made to be played in curses mode. 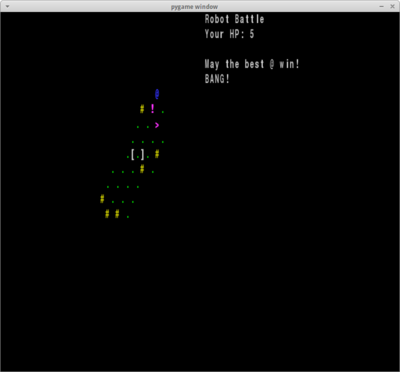