Udebs aims to be a multipurpose discrete battle system engine for use primarily in rpg's, but easily extensible to any discrete system.

Ryan Chartier
(recrm)
Udebs is a python3 library that began as my attempt to build an actual rpg, but eventually (through the frustration of working with hard coded damage formulas.) became an engine instead. Udebs tries to allow for the construction and editing of damage formulas and related physics through xml configuration files. The project has grown to become a pet project I am quite fond of, and is offered here in the hopes that someone else might find it useful. However, it has never yet been tested on larger projects, and as such I cannot guarantee that it will even work. Udebs was originally designed to work alongside pygame, but there is no real reason why it cannot be used in any other graphical engine that supports python scripting. The project comes with three demo's. rpg is a basic battle scenario between three square warriors, and three zombies (also squares.) The demo shows off a basic atb system, damage and healing moves, poison and status effects, KO checks, chaincasting, equipment and equipment procs. Arrow keys move cursor, enter to make a selection, escape to cancel selection. chess is a demo showcasing how Udebs can be used to check for legal moves in chess. Currently supports all chess moves including castling, en passant, and promotion. Does not check if king is in check. Arrow keys for curser, enter to make selection, escape to cancel, delete to undo. tactical is the final and simplest demo. In it the game rotates between three phases. The first allows you to place up to 5 targets onto the board. Second allows you to move the hero. The third allows the hero to attack. Any target on the attack as well as directly adjacent to the target are removed from the board. Shows of recruitment, and AOE type moves. Arrows keys for cursor, enter for selection, escape for to change phases. 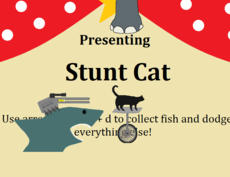