Draw particles with the mouse that generate a latticework of lines between them.

I wrote this in couple afternoons. Hadn’t done any projects like this in a while, but this was a simple task I wanted to tackle: Draw particles with the mouse, when close generate an interaction, and when the interaction occurs trigger an event. In a nutshell, that’s what this does:

The app was mainly just written for leisure, it’s not that speedy. But was a nice relaxing thing to do over the weekend. If you grab just the source, you'll also need a fixed-up version of the Pygame vec2d lib, which you can download from my site here: 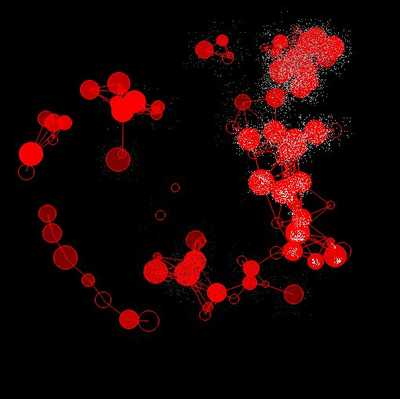