Ian Mallett
(geometrian)
In 3D graphics, one often has a huge amount of polygons to push around. To lighten the load, if some of the polygons are not visible on screen, we don't try to draw them. This makes intuitive sense, but it is not built-in in OpenGL. This is called "Frustum Culling", probably because it is FRUSTRATING to implement. In my demo, the screen, (representing a landscape from top view), is divided into quads, (representing Display Lists each containing 8192 triangles. Use the arrow keys with shift to move and turn. All this took me longer than you'd think it should to do; the solution is actually quite simple, but hard to figure out. I included the source so you can edit the resolution, (NumberOfQuads [per side]), the viewing angle, (CameraViewAngle), and a few other things. Have fun! 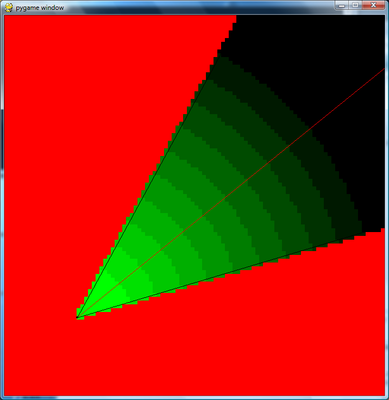