Let's face it. You're a marble.

Ian Mallett
(geometrian)
Let's face it. You're a marble. How did you get like this? For reasons unknown, you have been transformed to this state by the good King Gargrenought, who has recently decided to be evil. Fortunately, the spell the King used backfired after hitting you, so he is now a marble as well -- just bigger. Your present goal is to seek revenge for this nefarious deed, though reverting to your previous state is obviously good as well. To do either, however, you must battle your way through the King's palace for the final showdown...

I changed the subprocess handling to be more efficient, organized the whole program folder, updated the textures, stopped the annoying bouncing of self explosion particles when they should be stopped, made some sound and graphics options, fixed all of the options on the menu, and updated the collision detection (probably the single largest change) so that you can slide along the walls. There's probably some other stuff I did too, but forgot about. 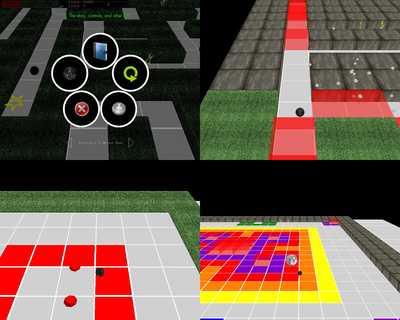 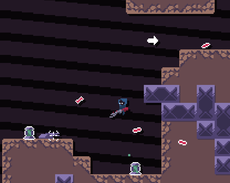