A vector graphics version of asteroids...

Ian Mallett
(geometrian)
This is a vector graphics version of asteroids. I made v.1.0.0 in less than one day, and late at night, so obviously this game is neither perfect nor incredibly impressive. Still, it is kind of fun.

I decided to make an asteroids game just because PyMike has so many. Remakes are OK to do, but they just aren't as thrilling as making a game the first time, in my opinion. This scientific experiment proved that, at least for me...

As you may have guessed by the name and the screenshot, this is not the next version of my previous Asteroids game: http://www.pygame.org/project/506/ ; It is a SEQUEL.

-Added asteroids with sides of 3-8
-Made perfect collision detection with each asteroid.
-Made it so you can't see particles through yourself.
-You get a life after every five levels
-Added a timer, and so a constant framerate. The max framerate I got was in the 400s, so I set the framerate at 200. That way, the framerate shouldn't drop until like level 25 or so. 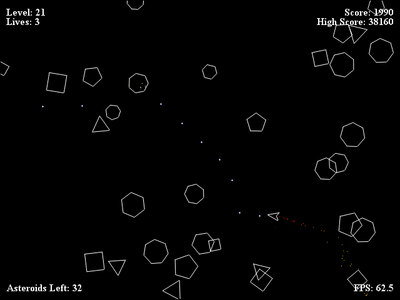 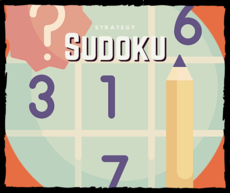 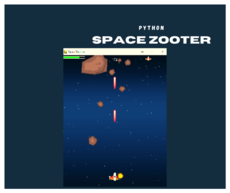